Knowing what to look for when it comes to identifying if a goat is in heat will help to equip you to take appropriate measures to either get your doe bred or keep her from getting pregnant, whichever is your goal.

What Does A Goat In Heat Mean?

Contents hide
1 What Does A Goat In Heat Mean?
2 How Often Do Goats Go Into Heat?
2.1 How Often Do Nigerian Dwarf Goats Go Into Heat?
3 10 Signs To Know If Your Goat Is In Heat
3.1 The Doe Gets Talkative
3.2 The Doe Wags Her Tail
3.3 The Doe’s Personality Changes
3.4 Her Tail Gets Sticky
3.5 Milk Volume Changes
3.6 Your Does Act Bucky
3.7 The Doe Urinates Often.
3.8 The Buck Acts Goofy
3.9 The Doe Stands For Mating
3.10 The Buck Rag Trick
4 Learning The Signs Of If A Goat Is In Heat

Estrus, or heat, is the period in which the doe will stand and allow the buck to breed her. This phase of the reproductive cycle may last between 12 to 36 hours. The period from one heat cycle to the next is referred to as the estrous cycle. If you plan on breeding your goats it’s important to be able to recognize this cycle and know the signs of a goat in heat.

How Often Do Goats Go Into Heat?

How Often Do Nigerian Dwarf Goats Go Into Heat?

10 Signs To Know If Your Goat Is In Heat

There are 10 typical signs you should know to tell if your goat is in heat or not:

The Doe Gets Talkative

One way to know if a goat is in heat is if she becomes louder. Most goats don’t make much noise, but a doe in heat may vocalize more than usual. Nubians, which are noisier than most other breeds, may literally scream while in heat. If no buck (or male goat) is present when a doe comes into heat, she may make the same moaning and blubbering sounds as a buck in rut.

The Doe Wags Her Tail

Another way to know if a goat is in heat is if she is wagging her tail. A doe in heat usually wags her tail, like a dog, this behavior is known as flagging. She may willingly let you handle her tail, while at other times she’ll take exception to any attempts to touch her tail. Even while flagging, a doe that’s not in standing heat will spurn the attentions of a buck.

The third way to know if your goat is in heat is if her personality changes. Raging hormones can cause a doe’s personality to change. A normally submissive doe may become aggressive toward her herd mates, while a normally aggressive doe may allow other goats in the herd to boss her around without resisting.

Her Tail Gets Sticky

A fourth way to know if a goat is in heat is by checking under her tail. The area under the doe’s tail may become red, swollen, and wet with a gel-like vaginal discharge. The best way to identify vulva discharge is to notice if the hair at the sides of the tail appears damp or clumps together.

Another way to see if your goat is in heat is if you are milking a doe that comes into heat, she may resist getting on the milk stand. When you finally get her up there, she may give less milk than usual and have little interest in eating. (If this pattern lasts more than a day or two, it could indicate an oncoming illness, rather than goat heat.)

Your Does Act Bucky

A sixth way to know if your goat is in heat is if they begin acting bucky. If no buck is present when a doe comes into heat, she may mount other does in the herd or allow them to mount her. When other does notice her unusual odor and try to sniff at her tail, like a buck would, she may lift her tail to accommodate them.

Another way to know if your goat is in heat is that a doe in heat usually urinates more often than usual. The urine of a doe in heat contains chemical substances (pheromones) that tell a buck she’s ready for breeding. If a buck is present, he will stick his nose into the urine stream and then raise his head and curl his upper lip (flehmen) to get a good whiff.

An eighth way to know if your goat is in heat is by how your buck is acting. When a doe comes into heat while she’s with a buck, or if a buck is housed nearby, you will have no doubt the doe is in heat. The buck will wag his tongue, slap a front hoof against the ground, urinate on his own face, and otherwise act the fool. If the buck cannot see the doe, he will go into his goofy routine when he smells the doe’s odor on you.

The Doe Stands For Mating

The ninth way to know if your goat is in heat is by watching her interact with your buck. A doe that is not in standing heat will move away from a buck that tries to mount her, while a doe in standing heat will remain still while the buck mounts her, or may urgently push her body against his. The act of mating itself takes only seconds. You can tell a trial run from the real thing by the way the buck arches and throws his head back during ejaculation.

Another way to know if your goat is in heat is by using a buck rag. If no buck is close by, you might trick the doe into displaying signs of goat heat by using a buck rag. Rub a piece of cloth on the forehead of a mature buck, then place it in a sealed container. When you open the container in front of a doe in estrus, she will show clear signs of excitement.

Learning The Signs Of If A Goat Is In Heat

Keep your eye out for these signs so that you know when you can breed your goat. Some people recommend leaving your does in with the buck for two months are so to ensure you get a successful breeding. Learning more about breeding goats. 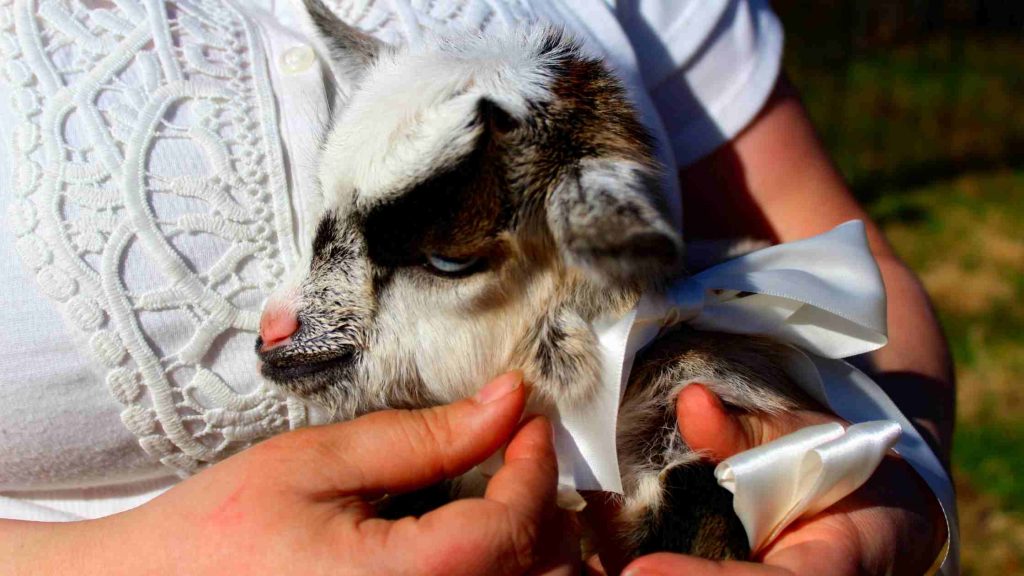 How to bottle feed a Nigerian Dwarf goat kid is easier than you might think, and it ensures proper… 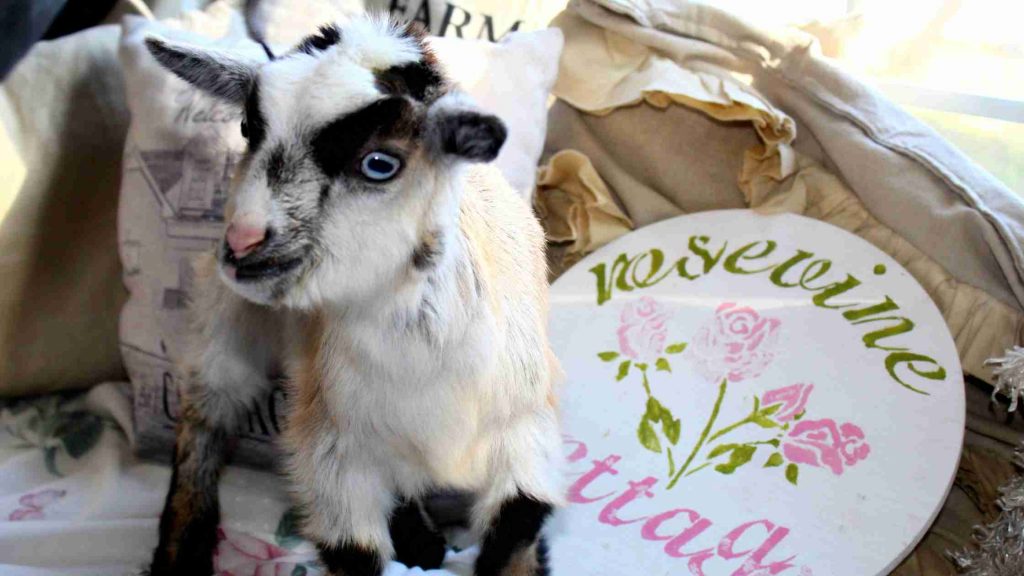 Caring for  Nigerian dwarf baby goats can feel a little overwhelming the first time around. So we’re going to… 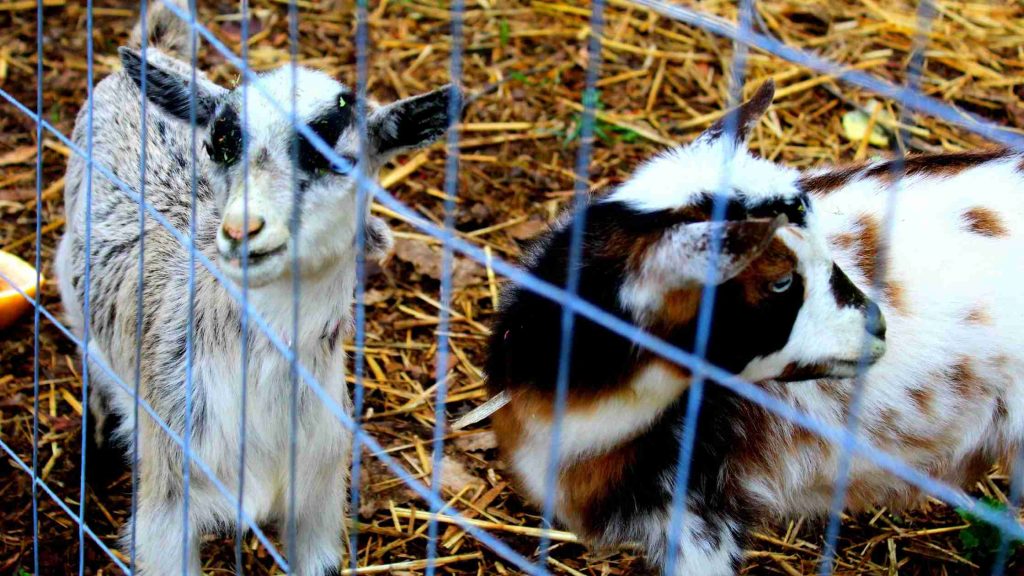